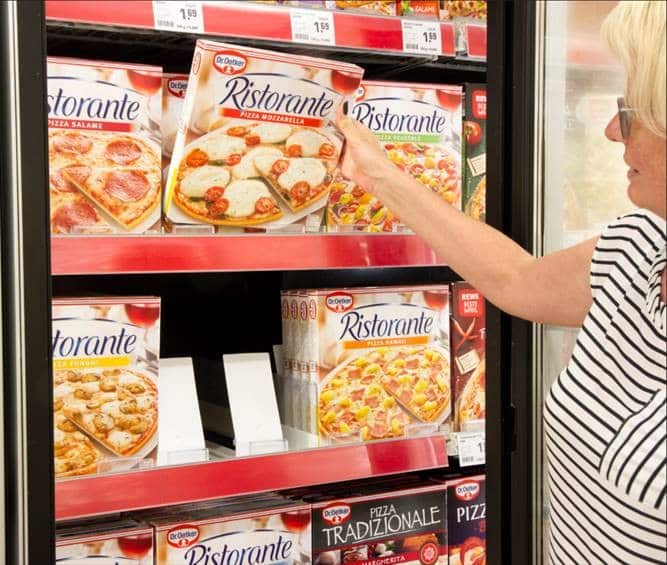 Frozen Food is often one of the biggest categories in a grocery store.
Over 50% of people eat frozen food at least once a week. In research conducted by You-Gov & E.ON 25% of interview respondents said that they use and cook frozen food three times a week.

Regional trends appear, especially for vegetables, snacks and finger food, while potato products, fruits, ready meals and bakery have the biggest share in turnover. If you look at volume instead of turnover, the biggest sub-categories are vegetables, pizza and fish (Nielsen, Market Track, 2016). This could be a result of the high number of promotions in these categories. Otherwise frozen food is a category with a very small promotion share (10-20%, depending on the store size). Pizza is still a big part of frozen food and a study by Forsa & Dr Oetker shows that 65% of pizza lovers use frozen pizza because they don’t have enough time to prepare & cook fresh food.
Every year the category grows further, with the addition of more and more innovations. In spite of the high numbers of shoppers buying frozen food, most people still believe that fresh food, properly cook at home, tastes much better that the frozen alternative.

Visibility and orientation are getting more important

But as the number of in store freezers has grown in the last years, retailers need to improve the visibility and orientation 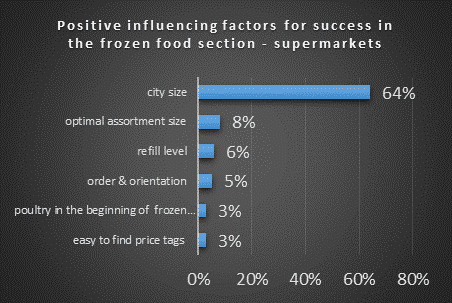 Tesco were among the first to recognise this, and installed self-facing pushfeed systems a few years ago in their frozen food sections in the UK. Also the companies Unilever, Deutsche See and Iglo are already using pushfeed and lift systems for their products.
REWE Group, a leading retail organisation with more than 15,700 stores in 12 European countries, installed pushfeeds for frozen food in all their stores in Germany.
To analyse the effect of the pushfeed system in their freezer sections REWE have collaborated with POS Tuning in a joint research study.
REWE wanted to achieve a better understanding of the impact of the new product presentation. The study was designed and executed by the University of Duisburg and the agency Shoppermetrics in Hamburg.

The results showed that there was a 9% sales increase in test stores. The decision rate of buyers in the frozen food section was 3% higher in stores with pushfeed systems. In total the shoppers stayed longer in the category and bought more. The interviews showed an increase in overall shopper and store employee satisfaction.
In the control stores without pushfeeds interview results showed that there was a poor product visibility and it was difficult to reach products. For the retailer the lack of order and poor shopper orientation means longer door opening times and therefore higher energy costs – freezers cause approximately 40-50% of power comsumption in the average grocery retail outlet.

In the test stores shoppers reported that product selection was much more easily done before opening the door due to the better visibility of each and every product.
Tesco measured another positive effect after installing the self-facing systems: the labour costs for tidying the frozen food shelves dropped significantly. 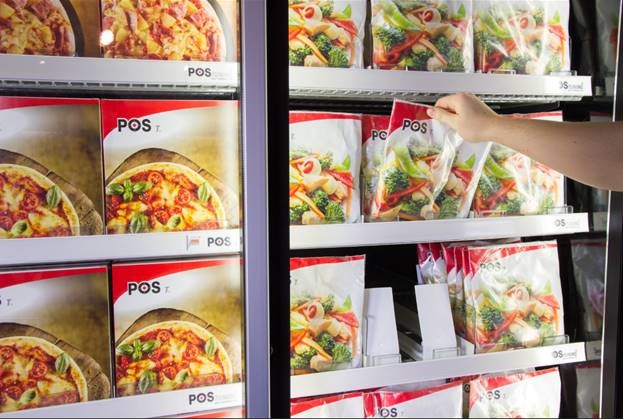 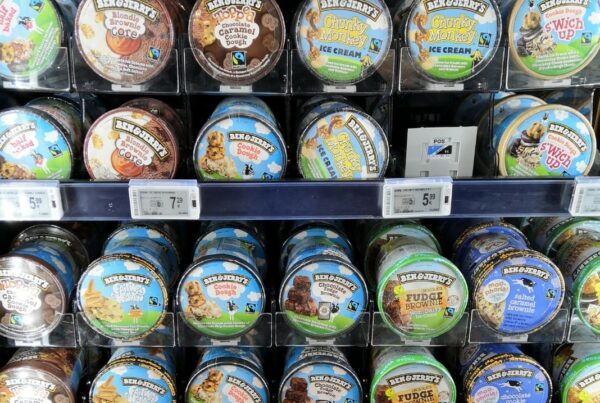 The secret is order 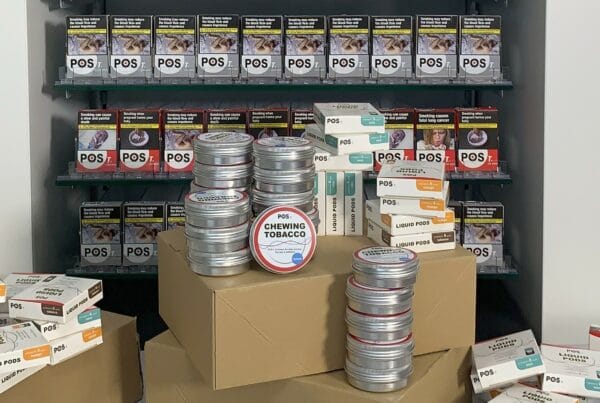 The challenge of the perfect tobacco presentation